A forward in a camera review? I know.

This review is close to 17,000 words long, and has taken me about 6 weeks of near constant work to write and edit. I make this point first, because I feel your time is valuable. I will not be offended if, now knowing what’s ahead, you clicked the back button and go somewhere else. Nor will I be offended if you jumped to the table of contents, and skipped directly to the part of the review you’re most interested.

Likewise, I do not believe this is your typical review either. If you’re looking for a simple summary of features, hard performance numbers, or even comparative performance data, you’ll need to look elsewhere.

I got my 5D mark III within 2 weeks of the start of shipping. My intentions at the time were to take a couple of weeks to familiarize myself with the camera, and write a review. Had I done that I would have been able to capitalize on publishing in the first wave of reviews, and likely would have put out yet another review like all the rest that throws down some performance numbers and talks about how awesome the camera is.

However, it’s now near the end of the life cycle for the 5D mark III, and I’m just starting to write. I’m certainly too late to make any sales or change any minds or champion the new product on the market. So why write? What can I contribute to the discussion about the 5D mark III or about cameras in general?

“What am I contributing,” is certainly a question I’ve been asking myself as I’ve spent the last 6 weeks writing. I think that not being in a rush to get a review to press has allowed me to really use the camera and understand how it all fits together.

I’m not going to be posting hard numbers for sensor performance, or at least not in any depth. The reality of silicon chips is that the performance doesn’t vary all that widely, so repeating the same tests that everyone else has already done, is just a waste of both of our time.

That leads me to another question that I’ve been asking myself through the process. Who am I writing this for? Most camera reviews are certainly written for the consumer; the reviewer’s fellow photographer. I’m not sure that’s the case here. I believe it’s certainly an interesting read for my fellow photographers, but secretly I think I’m really writing this for Canon’s engineers. Not that I really think they’ll actually ever read this.

Ultimately what this means is that I’m going to delve into points that most people would consider nitpicking and not into points that the general photography community probably considers major issues. The bigger issues are just low hanging fruit, and they’ve been beaten to death. That doesn’t mean I won’t touch on some of those issues, but far more often I’ll be talking about things that many would consider nitpicks unworthy of discussion.

I can’t even pretend that this is, or will be, the definitive review of the 5D mark III. I can only hope that it contributes something to the discussion that hasn’t really been said before.

In May of 2007, Canon released the EOS-1D Mark III, a camera with the distinction of being the first Canon DSLR to have the capability of reading and processing sensor data fast enough to produce a moving image at frame rates that could be called video. Live View—though very much a useful aid to still photographers—put in place the first technological step towards the eventual hybridization of video and still photography in the same piece of hardware. 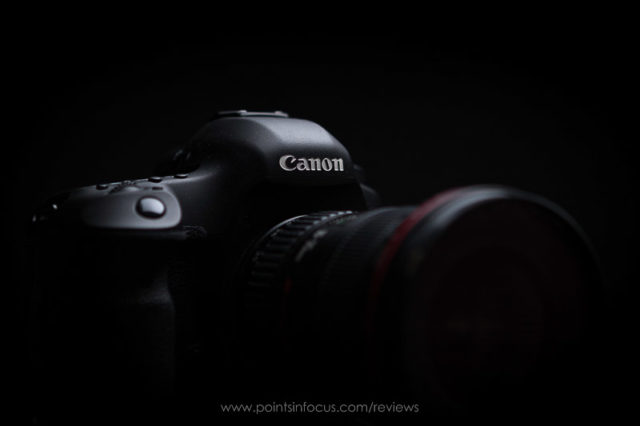 It would only take two more years for Canon to make the leap from a live preview to a camera that could actually record video and store it to a flash card. That camera was the 5D mark II, and it can arguably be credited for kicking off the serious Video DSLR (VDSRL) world. More importantly, for Canon at least, the 5D Mark II quite unexpectedly showed that not only was there a market for that kind of camera, but that it was huge.

Though it’s unlikely that we’ll ever know for sure, I think the success of the 5D mark II was responsible for a significant and radical change in direction for Canons camera division. I would suggest the most obvious public display of this was the nearly 3-year lull in new sensors followed by an unpredicted pace of release over the 18 months following the release of the 5D mark III. Many of those sensor designs either were for video exclusively, or were optimized for video in one way or another.

The biggest question is perhaps whether this focus on video is a good thing. Personally, I think it is and it isn’t. On one hand, the markets for SLRs and cameras as a whole, generally seems to be contracting. The exact reasons for this aren’t at all clear. However, by pushing into the cinema marketspace, Canon does open up new markets, and ones that are willing to pay much more for cameras than the typical consumer.

On the other hand, Canon’s shift in focus certainly seems to have stalled the development of their sensors, at least when it comes to talking about low ISO dynamic range and to some degree noise. Instead of investing R&D efforts into those areas, Canon appears to have been focusing on features that make for a better video experience. Unfortunately, the 5D mark III is a product of the first generation of Canon’s focus on video, and as such, in many ways, the camera get the worst of both worlds; it’s too early for the video-centric advances like dual-pixel AF, and too late to for it’s still performance to seem all that impressive compared to its Nikon contemporaries.