The 24-70mm focal range is considered a staple range for many photographers, and 24-70mm zooms provide good coverage over a broad range of situations. Coupled with a f/2.8 max aperture the 24-70mm f/2.8L USM is also workable in a broad range of lighting conditions as well.

When describing the build of the EF 24-70mm f/2.8L USM, the word tank comes to mind. The lens is heavy, weighing in at 33.5 oz or just under 1 kg. There is a lot of metal in the lens body, including metal filter threads and a metal lens mount.

The overall construction of the lens is quite solid, I’ve seen instances of copies that have been dropped and received substantial damage to the front threads and continued operating correctly.

I find the EF 24-70mm f/2.8L USM to be a very pleasant lens to work with, at least once you’ve built up the strength to handle its weight—especially when paired to a pro body.

On a pro, or semi-pro, body the balance is good and the overall package is quite comfortable to use. On a smaller consumer body, especially if one doesn’t have a battery grip attached, the setup is very front heavy, which is less than desirable in my experience.

Focus and zoom controls are smooth, well damped, and follow the “standard” organization for pro lenses. The focus ring is the forward ring and the zoom ring is the rear ring. I’ve never been entirely thrilled by the “pro” ring arrangement largely because I find I have a tendency to tweak the focus ring while holding the lens, throwing off the focus on the occasional images.

Aside from the focus and zoom rings, the only other control on the lens is the AF/MF switch located between the two rings on the side of the lens. Rounding out the external features is the typically limited distance scale found on AF lenses, though it includes IR focus marks.

The EF 24-70mm f/2.8L USM uses a reverse-zoom design, where 70mm is the most compact focal length and 24mm is a fully extended barrel. However, unlike Nikon’s 24-70mm f/2.8G, the Canon lens doesn’t back track at any point in the zoom process. This design coupled with the large lens hood that mounts to the fixed lens barrel provides maximal shading at all focus lengths, not just at the widest.

Personally, I’d argue that the reversed zoom design of the EF 24-70mm f/2.8L USM is the best design for lenses in this range, and am rather disappointed that Canon abandoned that design with the EF 24-70mm f/2.8L II USM. While the 3x zoom range is relatively small in terms of mm covered, the angle of view differences between 24mm and 70mm are considerable, and the design makes sure the hood isn’t totally useless at all but the widest setting.

On the other hand, when reversed the large hood does cover up all of the lens’s controls making it more difficult to fire off a quick shot without first removing the hood.

In my experience, there’s little to no zoom creep with the EF 24-70mm f/2.8L USM. Moreover, when the hood is in place, even if the zoom does creep, the massive hood insures that the overall length of the lens doesn’t change nor does the risk of damage significantly increase.

From a still perspective, there’s little if anything to add on top of the general handling of the lens. Full time manual focus works well enough for focus touch up and initial placement of focus. That said, the lack of manual focusing aids, changes in modern SLR viewfinder design, and the lack of a long focus ring throw make the lens less than ideal for manual focus operation.

The rise of DSLR video is increasingly seeing still lenses being pressed into service for shooting video. With respect to video performance, the two factors that I think warrant discussion above anything else are the breathing and parfocal performance of a lens. Both of these behaviors are not significant considerations for AF still lens designs, as they’re really only noticeable when the extra time dimension of video is added.

Breathing is the undesirable behavior of the field of view changing while focus is being racked—the edges of the frame “breathe” in and out based on focus position. Breathing is very well controlled with this lens.

Parfocal behavior is a requirement for being able to pull zoom while shooting properly. A parfocal lens is one that maintains the focus point at exactly the same distance when the focal length is changed. For still lenses, Canon doesn’t officially recognize lenses as being parfocal; however, there are a number of user-compiled lists that consider this lens parfocal.

In my experience, the EF 24-70mm f/2.8L USM is very well behaved in this regard, at least if you’re zooming from telephoto to wide. Going the other way it’s much more difficult to insure that your placement of focus is exact and there won’t be some shift due to changes in depth of field. That said, reports vary from seeing good parfocal performance to seening none at all, and sample-to-sample variation can be significant. If parfocal performance is a requirement, you might be stuck. For true parfocal lenses, you really need to consider a cinema class zoom, however, almost none of them will cover a full frame (24×36) sensor.

Throw on the focus ring is ~135°, which isn’t alot for manual focusing and video. The ring USM design, while great for touching up focus for stills means that your follow focus will need to have hard stops to make focus motions repeatable.

The EF 24-70mm f/2.8 USM lacks IS, and while there’s some debate as to how truly useful IS is when shooting video, I find it does help to smooth out some of the vibration but it doesn’t really stop camera shake. In any case, for optimal quality, I would suggest using this lens along with some form of stability aid, be it something as simple as a Manfrotto Fig Rig, or a full on stead cam system.

As an aside, like most of my reviews, this review lacks hard quantitative performance numbers. The simplest reason for this is money, namely getting good measurements requires investing a considerable amount of money into test charts, and software. Moreover, to get a real good picture at the performance of a lens, you have to test far more than one sample, which means things get very expensive very quick. Arguably, the most detailed set of quantitative tests are those published at DXOMark.com.

For a better picture of how the lens is most likely to perform, you need a much larger sample than DXOMark tests, and for that, I typically turn to the resolution numbers published by LensRentals.com’s blog. Based on their inventory, they are seeing the values show in the table below.

AF performance on the 24-70mm f/2.8L USM is good. With sufficient contrast AF lock-on’s are very fast, though not quite “instantaneous”. Put another way, perhaps more usefully, I’ve never missed a shot because the AF was too slow.

I’ve previously tested worst case AF hunting performance with the EF 24-70mm f/2.8L USM. In low light, the time taken to slew the lens across the whole range was 810ms, while in bright conditions that was reduced to 410ms. Of the 4 L lenses I tested, it was the second slowest in that regard; with only my 70-200mm f/4L IS USM being slower. That said, I don’t know how much I’d read into the hunting performance, as I find the lens vary rarely hunts when I’m using it.

Auto focus accuracy of the EF 24-70mm f/2.8L USM can vary. I’ve found that in general the AF accuracy of lens is good. The number of missed focus shots I see from this lens on any of my bodies is low. Moreover, out of focus shots are often hard to attribute cause to; be it the lens, the camera, or the operator.

Unfortunately the 24-70mm f/2.8L USM has since been replaced by the ever-forward march of progress. The new EF 24-70mm f/2.8L II USM provides similar, if not slightly better image quality in a smaller lighter package. However, the new lens design does away with the reverse zoom design and as large hood for a normal zoom design and a hood that’s only useful when shooting at the widest position. Unfortunately, while I don’t care at all for the loss of the reverse zoom, proper hood shading, or increased price tag, the slightly better image quality and a 15% weight savings is as good of a reason as any to not seek out a used 24-70 if you’re using this professionally.

The more complicated question comes up when you’re not a professional seeking the best solution in with no real constraint on budget. The question, “what is the right normal zoom for me?” is considerably harder to answer cleanly.

The general sentiment is that the 24-70mm focal range is “popular” though for the life of me I can’t fathom why, the 24-70mm range has always been more a product of fitting a fast optical system in a reasonable sized package than it being a great range on its own. In any event, Canon is has capitalized on that notion with a new EF 24-70mm f/4L IS USM lens, to complement (or replace, it’s not at all clear yet) their EF 24-105mm f/4L IS USM. 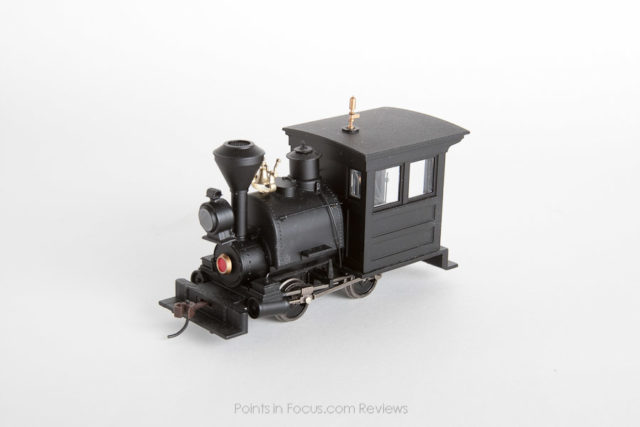 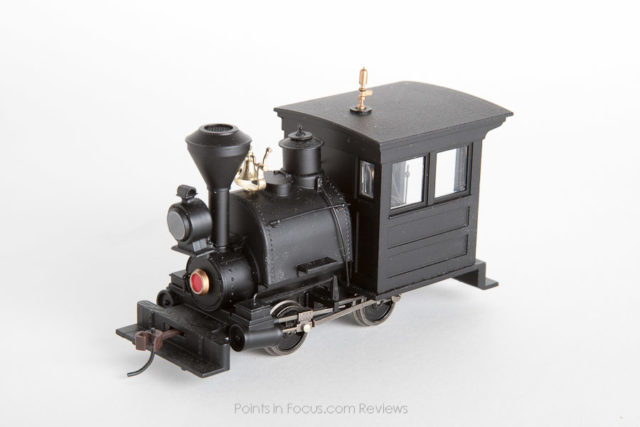 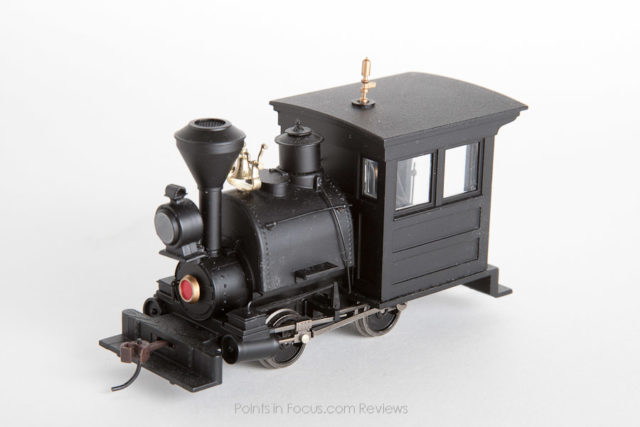 The EF 24-70mm f/2.8L USM is a solid lens, both optically and build wise. The image quality is still competitive with the latest offering from Canon and the lens is a solid alternative for those seeking an f/2.8 normal zoom but not wishing to spend the $2000-plus Canon is asking for its replacement.