Updated Feb 28, 2012, this article is based on what was a series of posts made in 2009 covering a week that I had to play with a Powershot G10, as part of my ongoing organization of content I’ve condensed them into this single larger review. Its content is largely unedited from the original pieces other than some attempts to improve the flow as a single article.

Obviously now, the G10 is considerably dated, however, it wasn’t when this was originally written. While the images it produces are still half-decent, or at least passable, it has been replaced twice by Canon’s G11, G12, and now G1X. As well as seeing the explosion of compact mirror-less cameras that pair bigger sensors with interchangeable lenses.

A friend and fellow photographer, as well as all around awesome guy, let me borrow his shiny new nearly right out of the box toy, a Canon PowerShot G10, for a week or so, so I could review it for the site. Under that guise, I’ve decided to put down my SLR for a week and take up the G10 to see what I can do with it and how it holds up.

I’m not much of a fan of point and shoots; I don’t care for the compromises in image quality of small dense sensors or for the ergonomics of working by looking at an LCD instead of through a viewfinder. The G10 is not much different, above ISO400 images are obscenely noisy, enough so that Lightroom can’t correct for them on its own, and that makes almost half of the available ISO range useless. This is compounded by the f/4.5 lens at longer zooms and the anemic built in flash. 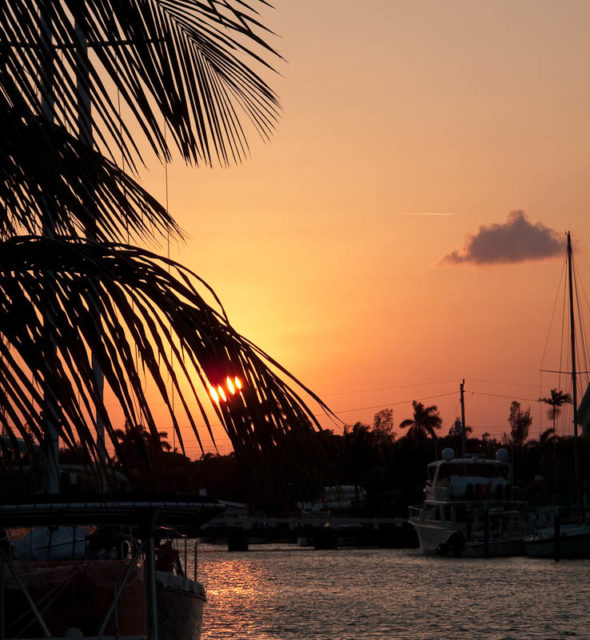 That said, so far it seems that at lower ISOs the images are very nice, mostly noise free at least up to about ISO 200. The big RAW files are nice. I’m finding that even when I crop I’m cropping files down to 8 to 10 MP instead of 4-5. How that really compares with an 8-10 MP file from an SLR with pro glass I’m not sure of, though obviously the SLR will have shallower depth of field than the G10 will. Then again, where it really falls down is in poor light. I can salvage an ISO1600 shot off my 40D, I can’t really say the same for an ISO 800 frame from the G10, at least not without expanding my current workflow to include some seriously high power noise reduction software.

What I have found, is that I’m far more likely to carry the G10 than I would my whole SLR kit. Do I think a P&S will replace my SLR kit? Not a chance, but the ability to have one for when I want to go somewhere and hot drag the SLR is a big boon. Its also a lot more discrete than an SLR and therefore potentially more useful for street photography. Ultimately, though, I think that niche will be dominated by the Micro 4/3rds system. With the larger 4/3rds sensor (and thus better low light performance) and the availability of fast compact lenses it’s going to be the real boon for street photographers. In fact, I wouldn’t be adverse to Canon jumping on the micro 4/3rds bandwagon and moving the G10’s successor to that, I certainly would be interested in one. 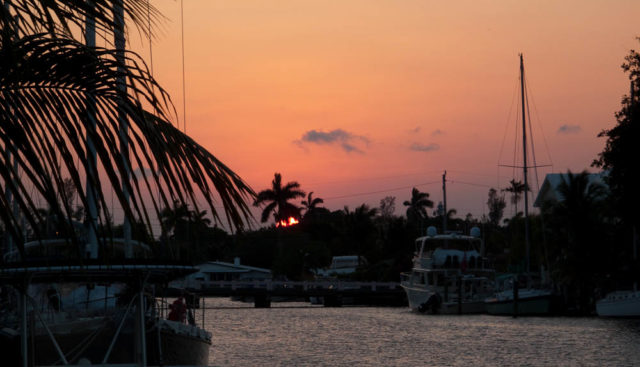 So far, I haven’t really gotten out and shot a lot, tonight’s sunset has been the first real experiment. I also played around with flying the G10 as a pole cam on my monopod. It’s a whole lot lighter than flying a Canon rebel and EF-S 10-22 at 10mm; however, the G10 is also quite a bit tighter. That said the whole setup can be held aloft with one hand.

I took the G10 out last night to see how it performed after dark, mostly just because. 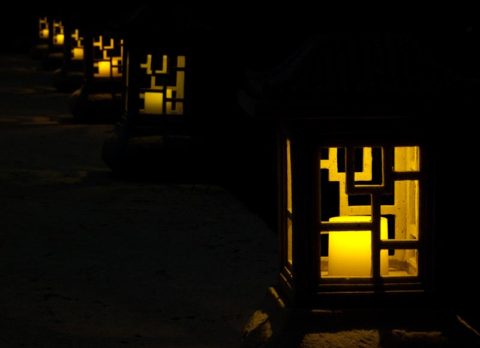 Other than cropping and cloning out some light sources there was very little done to this image, in terms of noise reduction. It’s a 15 second exposure at f/8 ISO 80. 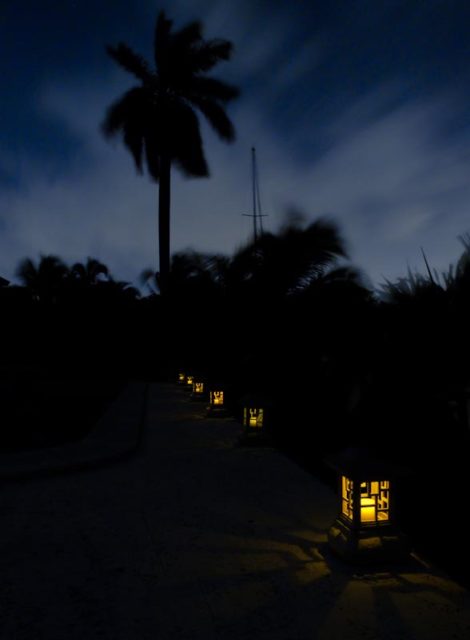 On the other hand, this similarly exposed image was extensively processed and processed for noise. While noise wasn’t significant in the clouds in the unprocessed image, after tweaking the sky colors to suit, the little noise that was there was heavily multiplied.

One thing that I found a bit disappointing was the lack of longer exposures longer than 15 seconds or a bulb mode. Not that it would have been really necessary for what I was doing last night, but it does limit the utility in at night.

One thing I didn’t mention yesterday is that there is a 2.5mm terminal for a cable release, and the cable releases from the Canon Rebel SLRs will work with the G10.

Yesterday I shot another sunset with the G10, this time shooting some video as well as 14.7 MP RAW stills.

End user error was the order of the day.

Video exposures can be locked, simply by pressing the exposure lock button before you start recording. This is something I didn’t realize at the time, and it resulted in some rather annoying flickering as the light levels changed as the sun set.

To make things worse, the exposure was changed in very noticeable steps. The video would suddenly get much brighter, and then dim slowly as the sun continued to set.

That being said, the video quality, even in low light, at least when shot intelligently, is very good for a non-highdef camera. 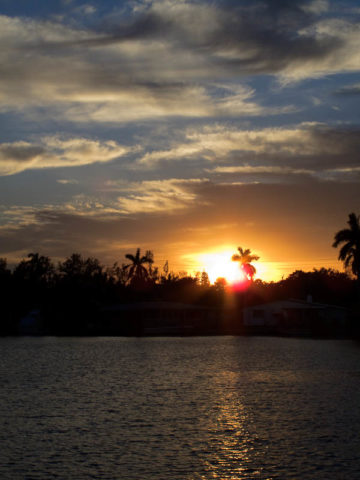 Tangentially, one thing that completely baffles me is that the camera locks the max shutter speed down to 1/2500th from 1/4000th when the focal length is increased (i.e. the lens is zoomed in). I have no idea why the shutter would be affected by that, but it apparently is.

I also ran into a bit of an annoying problem with flash sync speeds, specifically with my 580Ex II attached and the camera in manual I could set a shutter speed in excess of the x-sync speed of 1/250th, but when making the actual exposure the shutter speed used was the x-sync speed of 1/250th. This is very different from my experience on SLRs, where unless the flash is set to use high speed/focal plane sync, the shutter speed is limited to the sync speed. This lead to me being rather baffled as to what was going on while trying to shoot flash-as-primary light outside in broad daylight.

The G10 is capable of syncing at up to 1/500th of a second with the internal flash. However, when used with an EX series Speedlite in the hot shoe, the sync speed is limited to 1/250th unless the flash is placed into high-speed sync mode. 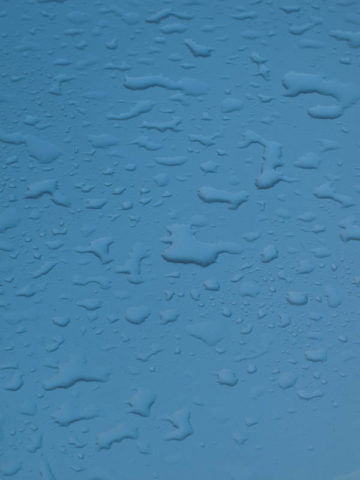 Again, I was carrying with me all the time, and shooting anything and everything that struck my fancy, in this case I was pushing the camera into places I don’t usually take my SLR, while trying to take advantage of the greater depth of field the much smaller sensor offers. The above image is water droplets formed on the back of my car’s trunk, the blue comes from the paint and water reflecting the sky, as well as the inherently cool white balance the G10 decided was warranted. The depth of field certainly was greater than what I would have had, had I shot this with my SLR, but not quite as deep as I was expecting. 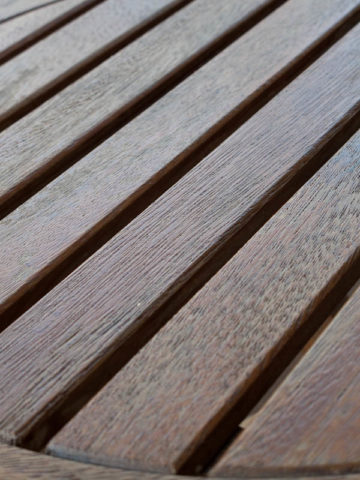 So far, while I’ve been enjoying the G10 as a supplement to my regular SLR, and it’s certainly handy to carry around it’s definitely not with out it’s compromises. While I find the image quality to be quite acceptable for many things, I’m often left feeling that some things are a bit soft or at least less sharp than I’m use to. Also so far I’ve avoided using ISOs higher than 400. I’ve found there is noise at pretty much all ISOs, thanks to Canon cramming 14.7 million pixels in a tiny P&S sized sensor, but they are quite manageable in Lightroom alone. On the other hand above ISO 400, the image quality degrades into a noisy mess that is virtually impossible to clean up acceptably in Lightroom. The noise at high ISOs is also dominated by chroma noise, which is more distracting and less tolerable than luminance noise. The one image I shot at ISO 1600 filled virtually all of the black areas with speckled blue noise.

The week is over and the G10 has gone home, so this concludes my week of playing with the Canon PowerShot G10.  Overall I feel it’s been a very successful experience. I’m not sure I’d buy one personally, it certainly could go places my SLR can’t, but the low light performance really isn’t there for me and it’s a bit on the small side for my hands.

That being said, I find that the G10 does quite well with in the limits of what it is. Would I want to give up my SLR for one? Not a chance. In fact, having picked up my SLR for the first time in a while–to shoot the images of the G10 accompanying this article–I felt very happy to have it back in my hands. The G10 is certainly a very nice P&S to have, and probably more advanced than most people buying point and shoots would need. The images are large and at low ISOs clean enough to be useible with out noise reduction. Other wise the image quality is satisfactory. The zoom lens is a little short for my tastes but plenty wide and actually plenty long enough for the vast majority of situations anyway.

The one thing I found amusing is that with the hot shoe you can pair the G10 with any of Canon’s current flashes, including the monstrous 580Ex II. Which brings us to the rather humorous, in my opinion at least, final look at the G10 with a 580Ex II strapped to on top.

As a side note, Really Right Stuff makes a proper custom fitted L-bracket for the G10 for photographers who use Acra-Swiss compatible quick release systems for their tripods.