I’m a Floridian, so it would be inaccurate at best to say it really gets cold here. Yes, the temps drop in the winter, sometimes into the 20s or 30s overnight. However, those times are few and far between. That said, it’s not uncommon to have winter mornings where the temps drop into the high 40s or 50s with a breeze. Now, I’m sure for someone from say Alaska that would be absolutely balmy, but for me, or at least my fingers, it’s down right frigid.

Which brings me to gloves.

Just about every photographer I know has their preferences. One uses ski glove liners, another has rather nice tactical gloves (though, they do hold up better than softer fabric gloves when it comes to moving stuff). For the longest time used a crappy pair of knit things that didn’t work for crap. However after last years unusually cold winter, I thought it was time to do something about keeping my poor fingers warm.

When looking for gloves I had a few objectives in mind. First, they had to be reasonably warm, but not super hot. Like I said, it doesn’t get that cold down here and the last thing I want is to have to keep taking them off and putting them on.

Second, is that they need to have some grip. My 1D’s portrait grip is mostly covered by a Really Right Stuff L plate, which means most of the grip is smooth anodized aluminum not grippy rubber.

Finally, I really wanted something that didn’t require removing the whole glove to use my iPhone or iPad in the field. This means either “removable mitten” covers, or removable finger tips.

Which brings us to Target, and the Champion C9 gloves they carry. The gloves come in a number of styles, including both removable finger tip versions and finger-tip-less mitten cover versions. Some have grippy rubber coatings, others don’t and this is something I’ll be coming back to. 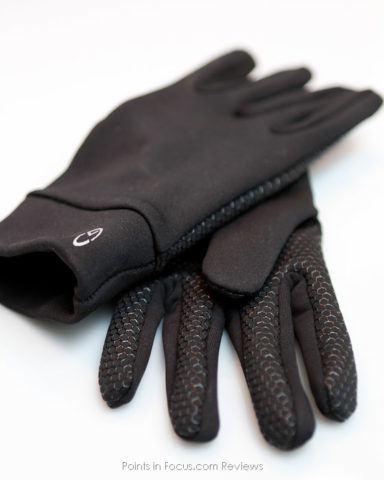 I’ll call this style 1 for this purpose, the SKU on the label inside is 044000084 if that helps, I can’t currently find them on Target’s website, but that’s where I got them.

These are your basic light weight gloves. Other than the rubberized palms, they don’t have any fancy features or frills. That said, the rubberized grip holds quite well. Moreover, compared to the second style of gloves, they are slightly warmer.

In fact, the only real problem I have with these gloves is that to use my phone (any touch screen phone or tablet actually) I have to take them off.

Though they’re considerably better than the plain knit gloves I use to use; however, they’re not perfect. That said, if I didn’t have a touch screen phone, I don’t think complain at all.

The second style I found is Target product #061-07-0830. These are listed online (see the link) and have a couple of features I kind of like over the first style. 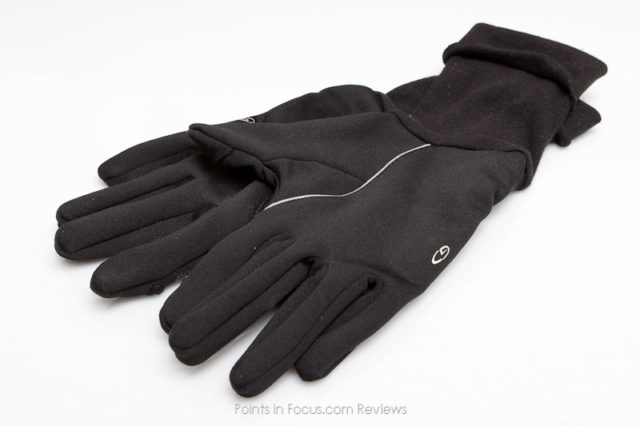 First, they have removable finger tips on the thumb and index finger. You can work a touch screen phone or tablet without removing the glove, you just have to pop the finger tip off and have at it.

The second selling point for me was the long wrists. They’re long enough that they tuck under a jacket well which is ever so slightly warmer for when I’m pushing the edges of what I consider comfortable temperatures.

The only real problem with these is the complete lack of grip on the palms. However, this is a problem that can be readily solved.

The one problem with these gloves is that they lack any grip, fortunately it’s relatively easy to add grip to fabric. There are a number of guides that suggest buying a product called Plasti Dip, made by Performix, and using a syringe and a toothpick add dots in a regular pattern over the surface you wish to add grip to. This certainly works. However, maybe I’m just way to lazy to bother to grid out by hand 2 palms worth of grip dots on 1/4″ centers, and hope it didn’t look horrible.

The solution I came across is another product made by Performix called Super Grip. It’s a clear spray on rubber coating that’s designed to be used on fabric, moreover it’s flexible and washing machine safe. Their stated application is making rugs and bath mats non-slip, on smooth floors.

Prep for the application was simple enough, make sure the gloves were clean, mask off the area not to be covered with blue painters tape, insert a cardboard “hand” cutout in the glove to hold it’s shape, and spray.

With the Super Grip applied, the style 2 gloves aren’t quite as grippy as the first pair, but they’re more than grippy enough to hold my 1D and a 24-70/2.8 by the portrait grip (with the a fore mentioned L-plate) without worrying about it slipping out of my hand. Plus with the finger tips removable I can actually work my cell phone while I’m in the field, which is a huge plus for me.

Conclusions on the Gloves

I’ve ditched my old gloves for the the second style with the a fore mentioned fix of spraying the palms with Super Grip. That said, I don’t think either pair are the end all be all of light weight gloves for photography, especially since they have to be modified to work well.

Are they the end all be all solution to lightweight gloves? Not really. They’re considerably better IMO than basic knit ski gloves/ski glove liners, but they aren’t really top shelf material either. Moreover, I have no idea how durable they’ll ultimately end up being.

Unfortunately, they seem to be a Target specific product so sourcing them may be difficult if you don’t have a Target stores in your area.