There’s something to be said about being a fair weather photographer. For one thing, you don’t have to worry about being rained on. That said, there’s there are plenty of opportunities for great images in less than stellar weather.

Like always, my primary concern when shooting in bad weather is the quality and direction of light. However, unlike on a clear day, the weather adds an additional consideration, a more nebulous “seeing.” I’m not talking about not just how far you can be from the subject, but how the atmospheric conditions affect the quality of the images produced.

I find overcast skies are a blessing and a curse. They act like a huge soft box you don’t have to carry or setup. Who doesn’t want that? However, I find they also tend to make poor backgrounds for anything that has sky in it. The key to optimizing your images is to focus on subject matter that performs maximally under soft light.

For images that don’t include the sky, I don’t make any special setting changes on my cameras and enjoy the soft light.

The real trouble with overcast skies is when you start including sky a large amount of sky in the frame. Clouds are dramatically brighter than blue sky, and well brighter than the 12-18% reflectance a camera’s meter expects. As a result, I find it’s necessary to add quite a lot of exposure compensation, typically between 1 and 2 stops.

There is also a directionality consideration, even though the sky is acting as a big soft box. This isn’t as much of an issue when shooting images without a lot of sky in them, but becomes a bigger deal when a large part of the frame is sky. I find that even though the sky is acting as a large diffuser, it’s still necessary to keep the sky behind you, and I will still try to position myself in such a way that the sun is behind me, regardless of whether the sky is clear or overcast.

Ultimately, I find shooting towards the sky tends to produce high key images they lack the sense of intimacy that fog or rain can produce.

On a more gear related note, purely overcast days typically pose the fewest number of technical issues. There’s no rain, or significant moisture in the air so camera covers and rain sleeves aren’t necessary. Nor does the cloud cover at altitude impact the use of a flash or strobe the way rain or snow can.

Fog is one weather condition I’m increasingly enjoying shooting in. Maybe it’s due to the limited amount of fog I actually see, but I find that when there is fog, my images tend to be more intimate, mostly out of necessity. However, the reduced “seeing” also makes producing images with complex layered elements easier in some cases.

The down side is that fog brings two challenges that need to be dealt with. 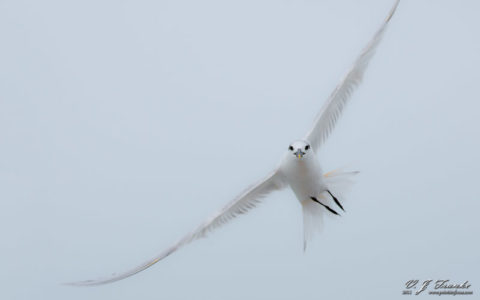 First, the quality of light is similar to an overcast sky. There is still a level of directionality, though to a much lesser degree both because there is no surface emitting the light (the bottom of the clouds) and because fog can be buried under normal cloud cover (double diffusion).

The real strength to me is that fog not only hides backgrounds, but also adds a layer of mystery to images as objects quickly go from distinct objects to dark outlines in the background.

Adding flash can be a bit trickier, depending on how dense the fog is. At a minimum flash range will be reduced, likely significantly. In the worst case, the fog will reflect a lot more of the flash back than reaches the subject, further washing out an already low contrast scenario. Personally, I don’t use a flash in fog. I’ll compensate for the reduced light levels by opening up a bit or using a slightly higher ISO.

The more pressing issue is dealing with the lack of contrast and color vibrancy that is prevalent in fogy scenes. Fortunately, this is something that digital capture makes considerably easier to work with.

An optimized frame shot in the fog will look washed out, and will likely have very little information in the left (darkest) most quarter of the histogram. That’s okay, if not desirable. Maximizing the exposure, will minimize noise at capture time, which is beneficial due to the increased manipulation requirements. Processing, at a minimum, will require increasing the black levels, contrast, and color saturation.

The final aspect of shooting in fog is the reduction in usable working distance. What seems like a perfectly workable shot to the eye or through the viewfinder can quickly result in a useless frame to the sensor. Gaining an appreciation for the differences between how the mind perceives a scene in fog and how a camera captures it takes some getting used to.

Moreover, telephoto lenses will multiply the shrouding effect of the fog. In extreme cases, dense fog coupled with a telephoto lens can result in soft images due only to the increased diffusion from the water vapor in the air.

Image challenges aside, fog doesn’t present much of an issue with respect to protecting your gear. While I personally prefer to have weather sealed lenses and bodies when working fog, it’s not strictly necessary unless conditions are such that water is actively condensing on your gear. For an extra bit of protection, you could certainly use a rain jacket for your gear. OP/TECH USA makes a series of lightweight, inexpensive, disposable rain covers that would work well if you’re concerned about working in fog.

Rain presents the biggest challenge for photography, namely getting everything wet. Even with weather-sealed equipment, I am less than thrilled with the proposition of taking my gear out into even moderate rain without some form of protection. More importantly, raindrops landing on the front element or protective filter will seriously distort the captured image—this can be a major problem in surf, spray, or mist conditions as well. In addition to a rain cover, a lens hood is practically a given. 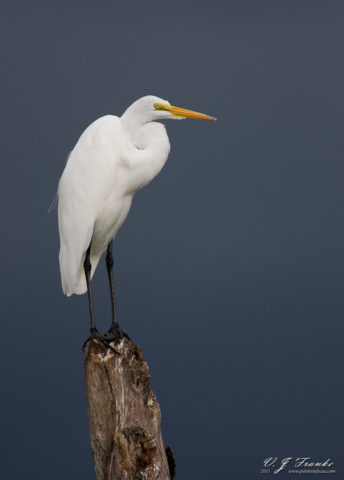 Rain presents the same limitations in visibility that fog does. However, rain, like snow, adds an additional twist in that the droplets can be big enough to reflect a flash burst back to the camera and show up in the image as bright spots. Like fog, if I am, shooting in the rain, I will avoid using a flash, never mind it’s more of a potential hazard due to the voltages involved in making a flash work, than I’m willing to deal with.

The more pressing issues are the limited visibility, low light levels, and limitations imposed on a flash by the falling droplets. Truth be told, rain becomes a very complicated subject discuss and work in and more than anything else, the situation dictates what you can and can’t do and it’s hard to give any general advice.

If the rain is light enough and there’s enough light, you can work much as you would under overcast skies. For example, flowers will benefit from the soft light and have the added benefit of having naturally placed water droplets on them.

Heavier rain is more problematic, and for the most part something, I simply avoid being in and shoot around it. In fact, these situations tend to be my preferred scenario as the clouds, and even rain itself can add a significant amount of drama to an image.

When dealing with rain I find it’s usually not necessary to adjust the exposure compensation, as the sky tends to be dark.

As for protecting your gear, if you are going to be shooting around anything that could produce rain while you’re there, I’d carry rain gear for your camera at a minimum. Preferably, I’d aim to work from inside a cover (like a car or overhang). That said in a light drizzle, most weather sealed cameras and lenses are good enough. I’ve on occasion run outside with an unprotected 1D and weather sealed L lens to get a quick shot while it’s still drizzling.

The one final aspect of rain is the storm itself. I’ve spent many a night with camera and tripod watching a storm pass trying to capture lightning bolts. A dramatic building storm can change the entire feel of a landscape or architectural image. Finally, the storm clouds themselves can be an interesting subject on their own.

Less than ideal to bad weather is one of the few things that can get me fired up and out the door with a camera. I’ve made too many successful images in those situations that seeing fog or rain on the horizon has long since stopped being something that gets me down, and I don’t think you should let it bother you either.

Every image in this post was shot in less than ideal weather. In some cases, the Great Egret and the Sandwich Tern specifically, the weather, light, and timing produced some of my favorite images over anything shot in better conditions.

Next time there’s fog or rain in the forecast; don’t write the day off as a photographic dead end.