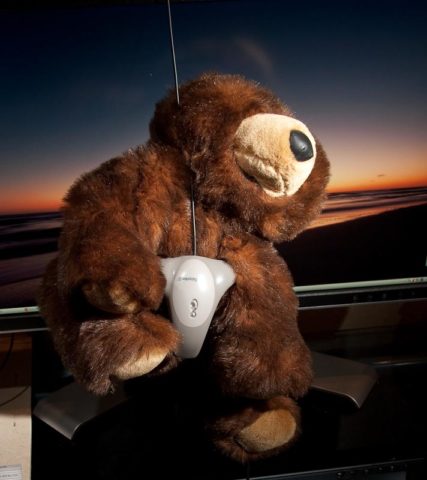 This makes a lot of sense, the less you have to alter the color values as they go through the video chain the better off you’ll be.

However, using native settings may work for Jeff in his environment and with very high end displays that come from the factory already very close to gamma-2.2 and 6500k white point.

Chances are if you’re on a budget or are a hobbyist and are using a lower end display, the display’s native state will be nowhere near where you want it, photographically speaking.

Problems with Native Gamma and White Point on Mid-Range Displays

We had initially calibrated his displays at the native white point and gamma-2.2 (as I had assumed mine was), as close as the Spyder 3 pro software will go to Jeff Schewe’s recommendation.

His old 19″ panel looked good, clearly the backlight on that was already very close to 6500K one way or another.

Things didn’t work out so well with the 2407WFP. Initially it looked good, however, it wasn’t a day later when I got a call from him complaining about everything having a blue cast. Sure enough a trip back to look at the setup and lo and behold there was definitely a blue cast to everything on the 2407WFP.

Fortunately merely recalibrating using the D65 gamma 2.2 target and colors were back to being neutral where they should be.

As such, when color calibrating a Dell 2407WFP, my experience leads me to recommend setting your profiling software to use D65 or 6500K and a gamma of 2.2 and not native for either white point or gamma.

As always your mileage may vary.

P.s. As with any trouble shooting situation, it’s important to insure that you eliminate or control as many variables as possible. In the case of looking for the neutrality of a display post color calibration, a neutral gray target or un-toned black in white image is a good place to start. In my case the first image I was presented was a Mockingbird against blue sky with a Lightroom Post-crop vignette applied to it over, the vignette was clearly also blue-white even after the rest of the image was neutral. It turns out that his old monitor simply wasn’t able to render the light blue color in the vignette that the 2407WFP was, and so he wasn’t expecting the actual behavior of Lightroom’s post-crop vignette.