These are a few frames of one of Florida’s Crested Caracaras from my time at Viera Wetlands in early December. This individual photographed while feeding on a fish found on the side of the levee.

The Crested Carcara is a ground-inhabiting bird of prey that is closely related to Falcons. It’s found primarily in open habitats like grasslands, scrub deserts and seashores.

The Florida population has been isolated from the rest of the Caracara range (most of South and Central America) since the end of the last ice age. In Florida its range extends throughout Okeechobee, Osceola, Highlands, Glades, Polk, Indian River, St. Lucie, Hardee, DeSoto, Bervard, Collier and Martain counties. 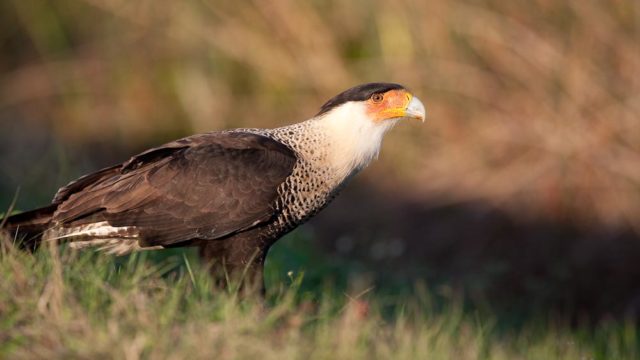 Caracaras, like other raptors, are opportunistic and will eat carrion, steal food from other birds, and hunt for small most other small prey items. However, unlike vultures, Caracaras will almost always avoid rotting carrion. The individual photographed here had managed to find an fairly fresh fish (or possibly run off another bird for it’s fish) on the side of one of the trails embankments. 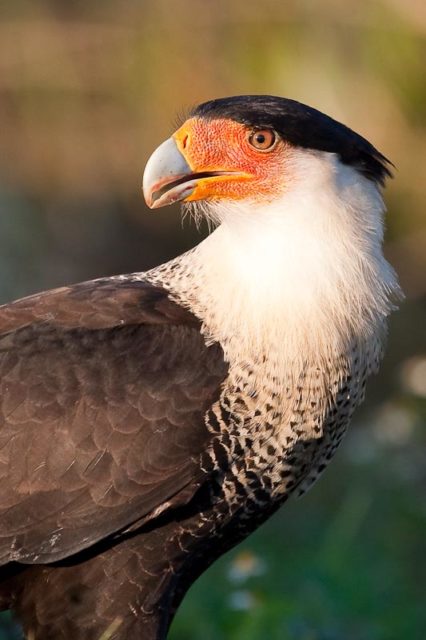 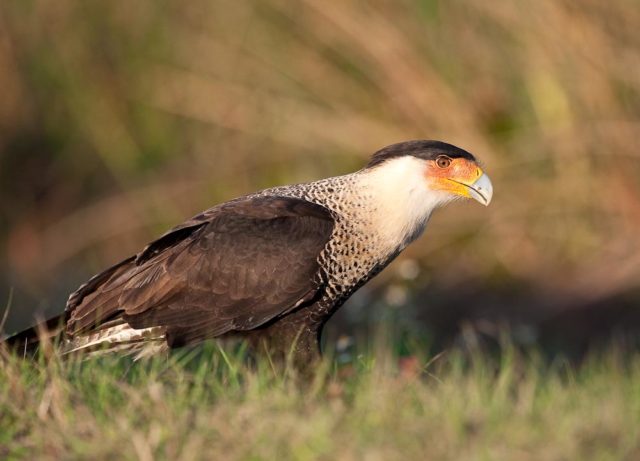 Hi,
We thought you might be interested in knowing that we are pretty sure we saw a Florida Crested Caracara driving to West Palm Beach May 11, 2011. We don’t have the exact location but it on the side of SR 60, somewhere East of Lake Wales and before Yeehaw Junction. Sorry I can’t be more exact. My recollection is that it was a part of SR 60 that was 2 laned and not one of the passing zones.
Susan Morris