Last weekend I spent pretty much the bulk of Saturday down at Zoo Miami photographing their 3 Sumatran Tigers: Berani, their 8 year old adult male; Leeloo, their nearly 5 year old adult female; and Satu, their 6 month old male cub. In the process of doing so I made a number of observations, about tigers, the zoo, and even my own thoughts on photography.

Zoo Miami’s three tigers are from the Sumatran subspecies (Panthera tigris sumatrae). Sumatran tigers are the last of the Sunda Islands sub group — the Bali and Javan subspecies are already extinct. Being island tigers, they’ve adapted to their habitats in many ways. For example, they’re the smallest of all the extant tiger subspecies. Their stripe pattern is also denser than other tiger subspecies.

On the other hand, what isn’t so interesting about them is that they swim; which is what one Conservation Teen Scientist was telling people.

Zoo Miami runs a community service/volunteering program for high school kids called Conservation Teen Scientists. Conservation Teen Scientists act as docents of sorts, providing supplementary information to guests that isn’t covered by the signage. At least that’s what I assume they’re supposed to do as there’s little reason for them to stand around the enclosures otherwise. 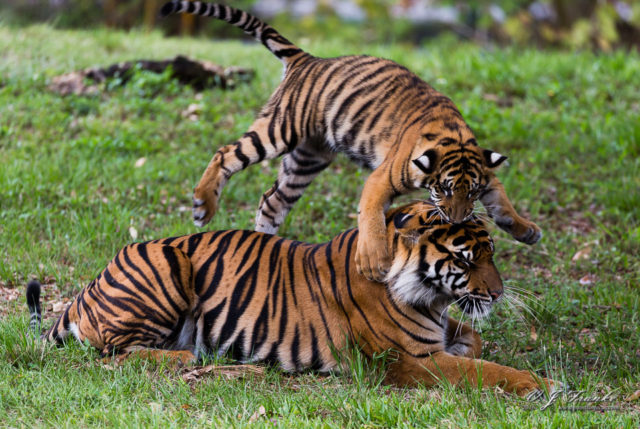 Providing accurate information is something I consider a hugely important part of communicating with the public at large, especially when it comes to trying to explain the importance of an animal or an ecosystem, or even how to use a camera. At least this is the focus I try to approach things from in my photography and of my preferred subject matter (wildlife and landscapes).

Beyond the point of insuring accuracy, it seems to me that Zoo Miami is needs to do more to set these kids to really succeed. I can’t count the number of times where people asked these kids (they rotate through out the day so it’s not like I’m singling out any specific ones) what the tigers names were, and they didn’t know, or they remembered one but couldn’t remember the rest. Likewise, there were lots of questions that people sort of floated, but not really answered — how much the tigers weigh, what they eat, how much they eat, and so forth. 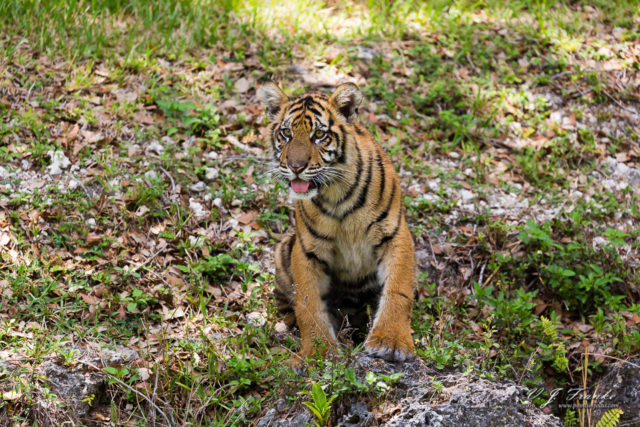 If the Zoo Miami works anything like my high school volunteering places did they know what enclosures these kids are to be working, and they could easily give them a cheat sheet with some basic facts and information for when they forget or didn’t otherwise didn’t know. Things like, names of the animals, how much they weighed at the last weighing, what they eat (both natural and in the zoo) and how much, and so forth.

In my opinion, their performance really does reflect on the zoo, good or bad. Why not make sure that that reflection is both positive an accurate?

At the same time, there is a real level where people asking high school aged volunteers questions should probably not take everything they say as gospel. I hate to undermine them like that, but when push comes to shove, or at least when I was that age, there was a lot of stuff on my mind outside of memorizing the names of every animal in the collection — stuff like being prepared for a calculus or chemistry test on Monday. I don’t blame these kids for not knowing the latest information about every animal; there are lots of animals at Zoo Miami, and they aren’t keepers that are there every day. But that’s also all the more reason the zoo should set them up for success too.

At the time, I didn’t point out the guy’s error mostly because I wasn’t 100% confident that my information was correct. I was pretty sure, but I’m not one to publicly start telling people they’re wrong, unless I can cite some sources. But then how many people are going to go home and research tigers because of something said as a fact by a zoo volunteer? 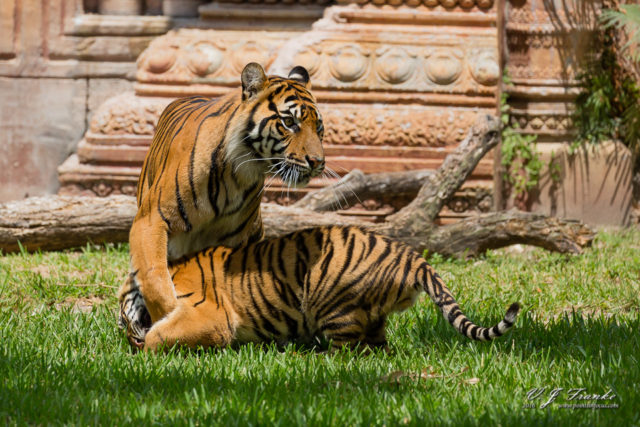 With that said, the situation for Sumatran tigers is pretty sad across the board.

The International Union for the Conservation of Nature, the organization that publishes the Red List — the global list that tracks status of more than 77,000 species — rate the Sumatran Tigers critically endangered. Independent researches and official Indonesian government estimates put that the wild Sumatran tiger population is between 400 and 700 individuals (some sources put the number lower than 500), divided into 10 to 12 isolated conservancy areas. Moreover, due to habitat loss, and illegal trade, the population is declining[2].

Even in captivity there are significant challenges to maintaining a viable population as part of global species survival programs. The World Association of Zoos and Aquariums (WAZA) maintains a Global Species Management Plan[3] to attempt to retain sufficient genetic diversity in captive animals to insure the species survival even in the even it becomes extinct in the wild.

There are 5 regional organizations, including the Association of Zoos and Aquariums (AZA) which is the accreditation body for American zoos, that are participating in the Sumatran Tiger GSMP. Unfortunately only the Indonesians have more than 90% genetic diversity due to having a limited number of “founder” animals.

In the United States, the Sumatran tiger Species Survival Program (SSP) is managed by the Minnesota Zoo. According to their website there are 75 sumatran tigers in the US held by 30 participating institutions. However, these 75 tigers all stem from 16 founder animals and yielding a gene diversity of less than 90%. In short, unless new genetic material can be brought in from non AZA held populations, the long term future for AZA held Sumatran tigers is not ideal.

Tigers, unfortunately, are one of if not the most threatened big cat species. As large predators, they require large territories to be sustainable. Moreover, all tiger species are found in Asia, one of the most populous regions on earth. In addition, tigers parts have long been a part of traditional “medicine” practices that make them prime targets for poaching. And in general as a large dangerous predator they tend to be larger problems and fare the worse in the long term when human-tiger conflicts arise. 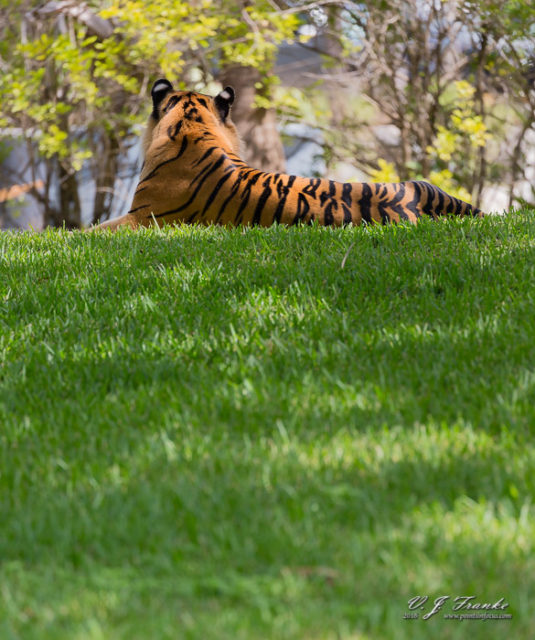