I’m not <insert big name photographer here>, I don’t have the luxury of investing massive amounts of cash into protecting my digital photography. For the last 4 years or so I’ve relied on a 3-disk RAID 5 array to safeguard my data. Yes, I know RAID isn’t a backup nor will it protect me against accidentally deleting something. Unfortunately I didn’t have the money (or data important enough really) to worry about it, I was protected in the even a hard drive failed, and would just have to live with it  if anything went further south. 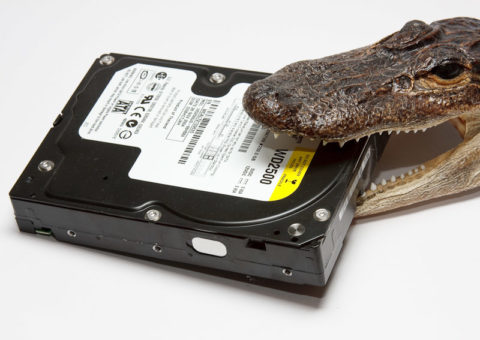 That was until I started feeling the pinch of my array’s pathetic 500GB capacity and punctuated by the nomming jaws of inevitability, that I started rather hurriedly trying to do something about my lack of backups and my ever shrinking amount of available space. This was about the time I posted Just a Friendly Reminder, Backup Your Data.

Since then the nomming jaws of inevitability haven’t been far behind. Trying to do things on a budget I elected to go with a pair of new 750GB drives. I of course wanted to source them locally as I didn’t want to keep my now degraded RAID 5 array running that way for any length of time. Besides terrible performance, if anything else happened I was pretty much screwed. Of course, all I could get locally was a  pair of Seagate 7200.11 SATA drives, ones that happen to have a firmware issue that under certain conditions can cause the drive to fail when the system boots. Fortunately, Seagate had a firmware fix for that issue so that sorted out the first bump in the road.

You’ll notice that I’m using consumer level disks, this of course was mistake two. Oddly enough I never had a problem with running consumer level disks in my raid array prior, the 3 Western Digital drives in my old array were just run of the mill consumer grade drives. Oh how things have changed. Not long after I had the new array was online, I had my first consumer disk in RAID hick-up. One of the drives was slow in responding to a disk operation and the Intel RAID driver failed it. Lovely, the drive was fine, but the array now needed to be rebuilt. Two or three days later the other drive did the same thing, and back to rebuilding the array again. At this point I was concerned that if this continued I’d be in serious trouble, especially if the active disk was failed during the rebuild.

At this point I broke down and ordered a enterprise grade WD RE3 drive. Which sat on my desk while I was in Sanibel shooting shorebirds, only to be quickly swapped on my return as one of the disks timed out for a second time and I was forced into another time consuming array rebuild.

On the up side, of all of this, I’ve been left with a perfectly good 750GB drive that just can’t coexist in a RAID array–as an aside, you’d think that the Intel StorageMatrix controllers that are integrated into their desktop motherboards would be designed to be more forgiving of these types of problems as most people wouldn’t be running RAID ready SATA drives in their desktop computers. Slapping that extra drive in a USB2 external enclosure and I’ve got the start of a backup strategy.

Now the only question left is how long is this going to last before I have to figure out how to replace it. If I shoot 16GB a week–that’s about 1200 frames on a 40D or 600 frames on a 5D-II or 1Ds-III, I will run out of storage space in 46 weeks with out aggressively deleting bad frames. That puts my need to address this again point at sometime in the fall or early next year. So until then we’ll just have to see what happens.